Metal toxicity, aka heavy metal poisoning, happens when heavy metals build up in your body. While ingesting small amounts of some metals, like copper, zinc, and iron, can actually be good for you, heavy metals, like lead, cadmium, mercury, and arsenic, can pose a threat to your health. You’re most likely to come into contact with heavy metals via lead paint dust or chips, or if you eat mercury-contaminated fish or work in a factory where heavy metals are used. So, what is metal toxicity actually like? That depends on the metal, how much you were exposed to, and whether the exposure was short- or long-term. In general, it can sneak up on you with flu-like symptoms (nausea, vomiting, and abdominal pain—all the fun stuff) or cause fatigue, depression, irritability, headaches, brain fog, poor immune function—the list goes on and on. Chronic, long-term exposure can progress into more serious health problems, including brain damage, diabetes, and cancer. Here’s the challenge with heavy metal toxicity: metals do not naturally leave your body, and even when you get treatment, it can take a long time to detox. Treatment methods depend on your exposure, and can include IV meds that bind to the metals through a process called chelation. Studies also suggest that upping your intake of antioxidant-rich fruits and veggies or taking supplements can be useful, as can amino acids, glutathione, mineral mixtures, and probiotics, which may help shuttle metals out of the body. Some people also swear by sweating out metal toxicity though the use of infrared sauna. And by the way, while “heavy metal detox” is kind of a buzzword in the wellness market, there’s not much scientific evidence (right now, at least!) that natural remedies can really do the job of ridding your body of heavy metals. Some people say they work wonders, but if you suspect heavy metal poisoning (think unexplained nausea, weakness, or confusion), your first step is to consult with your practitioner. They’ll do blood work, and if you are in fact dealing with metal toxicity, they can guide you on the next steps. You can also ask your WanaFam for advice. Don’t feel like this is a problem you have to solve on your own! 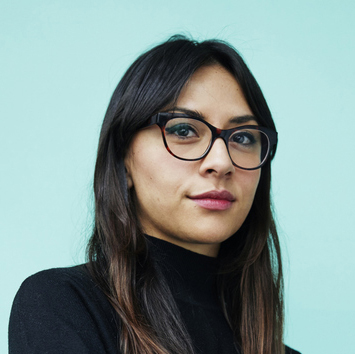 I’d love to hear people’s experiences with heavy metal toxicity- diagnosis and treatment. I’ve had approximately ten instances of iv contrast in a 3 year span, and since have had heart, circulation, cognition, and digestion problems along with many other symptoms.

Hi, newbie here. I tested positive for Lyme disease with several co-infections. I also have heavy metal toxicity: lead, cadmium, Arsenic, Mercury & aluminum. I have this bizarre symptom that does not allow me to put anything on my head. Any had, scarf, bandana, etc causes an excruciating migrane. Anyone experience this?

Mercury is NOT an Issue When Eating Salmon

HEAVY METAL DETOX: WHICH IS BEST?

What if you could focus on one aspect of your well-being to transform all the others--and at the same time prevent health problems you didn't even know were lurking beneath the surface? In today's world, we have no idea how many symptoms, conditions, and diseases are rooted in an overloaded liver. It's not only about liver cancer, cirrhosis, and hepatitis. Nearly every challenge--from pesky general health complaints to digestive issues to emotional struggles to weight gain to high blood pressure to heart problems to brain fog to skin conditions to autoimmune and other chronic illnesses--has an origin in an overloaded liver and can improve and heal when you harness the force of this humble organ. Medical Medium Liver Rescue offers the answers you should have had all along. With his signature compassion, Anthony William, the Medical Medium, shares unparalleled insights into undiscovered functions of our life-saving livers, explains what's behind dozens of health issues that hold us back, and offers detailed guidance on how to move forward so we can live our best lives. Find out for yourself what liver rescue is all about: being clearer-headed, more peaceful, happier, and better able to adapt to our fast-changing times. Learn how to sleep well, balance blood sugar, lower blood pressure, lose weight, and look and feel younger. A healthy liver is the ultimate de-stressor, anti-aging ally, and safeguard against a threatening world--if we give it the right support.

After seeing his wife’s health deteriorate, Dr. Jay Davidson went on a search for the answers her doctors just could not find. His research led him to the techniques that he now employs in his 5-step plan. Not only did his wife’s health rebound, but Dr. Davidson personally began following this plan as well. Even though he was relatively healthy, he saw great results. This showed him that anyone could benefit from his plan. After hundreds of his patients achieved their wellness goals using his techniques, he knew he had to share them with a larger audience. Of the success that he has seen in his clients as they incorporate his protocol into their treatment plan, Dr. Jay Davidson said, “The message is simple: no matter what your past is like or current circumstances are, there is hope. You can make a massive transformation in your life for the better.” His 5 Steps to Restoring Health Protocol™ is simple: (1) identify the problems, (2) drain the junk from your body, (3) eliminate pathogens, (4) rebuild your body’s tissues and pathways, and then (5) finally remove the heavy metals, biotoxins, and persistent organic pollutants (POPs) that have ravaged your system.

ox for Life: How to Minimize Toxins and Maximize Your Body's Ability to Heal

Start healing chronic health issues in as little as two weeks! The average person seeking to detox usually fails to educate themselves on the true source of their chronic ailments. They feel great after a detox, but then aches, pains, and symptoms of their problem quickly return. Why can't they heal? Because they continue to take in toxins that feed their symptoms! Just as important as the physical act of detoxing is understanding how to minimize the toxins you are taking in. When you are educated about what you breathe, ingest, and absorb, you can make lifestyle changes that have a major impact on your body's ability to function as designed. Changes, like eating organic food, drinking clean water, switching certain personal care products, and taking quality supplements, could drastically improve your health. Detoxing means so much more than occasionally completing a detox protocol, which is exactly what Dr. Dan Nuzum and his wife, Gina, share with you inside. In Detox for Life you will learn: why detoxification is critical to the healing process four detox protocols for various levels of cleansing over 50 recipes to help guide healthy eating the source of many toxins and how to minimize them how toxins contribute to chronic illness and disease what nutrients your body needs to heal efficiently how supplements can fortify deficiencies in your diet

Myers Detox: Transgenerational Toxicity - How We Pass Heavy Metals To Our Children with Mindy Pelz

Mindy Pelz talks to us today how we pass toxins on to our children and how to detox a child. Learn KETO tips for women too. Top 3 takeaways Why our children today are so toxic Transgenerational Toxicity - how we pass toxins and metals on to the next generation The best ways to detox your children Tips on doing the KETO diet for perimenopausal and menopausal women. Why you should cycle KETO around your menstrual cycle to improve hormone production. Tips on doing the KETO diet properly and KETO pitfalls Mindy Pelz Bio: Dr. Mindy Pelz, DC, is crazy passionate about helping families stay healthy. For the past 22 years, she has been in the health trenches with busy, overscheduled families. She has built one of the largest holistic health centers in Silicon Valley with her focus being on giving families simple, science-based, natural, and effective health tools that have all members of the family thriving.Her bestselling book, The Reset Factor, was released in 2015; it gave people all over the world access to a clear step-by-step path to creating a healthy, vibrant, energy-filled life free from disease and suffering. The launch of her book ignited a Resetter tribe, an online FB group of like-minded people, all supporting each other, exchanging health ideas, and cheering each other on to better health.Raising two active teens of her own, Dr. Mindy is deeply concerned about the toxic world our children are growing up in. Dr. Mindy believes that healthy adults start with healthy children, and parents need better solutions for keeping their kids healthy. Are toxic metals causing your fatigue and health issues? Find out by taking Wendy’s Heavy Metals Quiz at Metalsquiz.com

Myers Detox: How to Detox Heavy Metals From Your Mitochondria and End Fatigue with Wendy Myers

Wendy Myers share with us some great content from a recent Facebook live Q&A centered on Mitochondrial Function and Detoxification to Banish Fatigue. Top 3 Takeaways: - The heavy metals that may be compromising your mitochondrial function - Which supplements are most effective for detoxing metals from your system - A wealth of insight into my favorite products for a variety of health issues that you may too be struggling with, as well as tips and tricks for eliminating daily exposure to toxins

Dr. Isaac Eliaz speaks to me today about Pectasol-C, a modified citrus pectin, and how it removes so many toxins without removes vital minerals. You’ll also learn a host of detox tips from this world renowned detox expert. You will learn: - Why is it important to address Galectin-3, a rogue protein, for proper detoxification - How pectasol-C is shown in studies to reduce Galectin-3, and the inflammation and chronic illness that is causes - Medicinal mushrooms that aid detoxification - How Pectasol-C remove a range of toxins, but does not remove minerals like other binders. With 25+ years of clinical and research experience, Dr. Isaac Eliaz is a highly skilled practitioner who offers a unique, holistic approach to health and healing. His extensive training in Western medicine and research, Traditional Asian medicine, and complementary modalities, has earned him recognition as a leader in integrative health with a focus on complex, chronic conditions. In 2001, he founded Amitabha Medical Clinic in Santa Rosa, CA, where patients come from around the world to receive unparalleled, innovative treatment and care. Dr. Eliaz is also founder of the Sonoma County-based nutraceutical company ecoNugenics, offering some of the most researched dietary supplements available. Dr. Eliaz’s innovative formulas have been extensively validated in the scientific literature, demonstrating benefits for our most critical areas of health. He partners with top research institutes to co-author studies on therapies for immune enhancement, heavy metal toxicity, and the treatment of cancer and chronic illnesses. He is a frequent lecturer at international medical conferences and scientific meetings on the clinical application of integrative protocols to fight disease and restore health. As a life-long student and practitioner of meditation and mind-body medicine, Dr. Eliaz also offers low- and no-cost meditation and healing retreats to patients and practitioners around the world. These educational events are sponsored by his non-profit organization, Amitabha Wellness Foundation. Are toxic metals causing your fatigue and health issues?

Dr. Dietrich Klinghardt talks to us about the need to detox the body and how parasites and candida can begin to surface when you detox metals. He also gives tips on what to do about this phenomena! Are toxic metals causing your fatigue and health issues?