Here’s a personal question for you: Have you been extremely bloated and gassy, experiencing diarrhea, constipation, and abdominal pain? While it might seem like these not-so-fun symptoms are just par for the course when you’re dealing with a chronic condition, they might also be signaling that a specific problem—something called small intestinal bacterial overgrowth (aka SIBO)—needs your attention. SIBO happens when there is an excess of bacteria in the small intestine. While bacteria are an important part of a digestive tract, SIBO can lead to a number of uncomfortable symptoms. First, quickie anatomy lesson: The small intestine, which connects the stomach to the large intestine, is an incredible 20 feet. (So not exactly small…maybe it should be rebranded “long”?) The entire GI tract is about 30 feet long, and bacteria and other critters hang out mostly in the large intestine, with some acting as friendly protectors, and others (acting less helpfully) contributing to inflammation. When too much bacteria move into the small intestines, they ferment all the food you eat...and that’s what triggers SIBO symptoms like bloating, excess gas, and pain. Startling stat: Up to 78% of people with IBS have SIBO. So, why do people get it? SIBO is often associated with issues that compromise the digestive system, like low stomach acid, insufficient digestive enzymes, slow motility, or antibiotics, or something anatomical, such as intestinal surgeries. Many factors may be involved, but bottom line: If you have a chronic condition (oh hi, that’s us!), you’re likely to be more susceptible to SIBO. SIBO is generally diagnosed with breath testing or by a provider’s educated guess based on your symptoms. After diagnosis, most doctors will suggest antibiotics, herbs, or dietary changes—or a combo of those. In some cases, herbal remedies have been found to be as effective as the antibiotic typically used for SIBO—plant power is real! Ok, so you suspect SIBO. What now? First, find a practitioner who can help you get a definitive diagnosis and is open to discussing all treatment options (especially if you want to avoid antibiotics). This is important, because while you can live with SIBO—and people do—it can affect your ability to digest and absorb nutrients, which can counteract your best efforts to be healthier! SIBO can also make inflammation worse, which no one needs—especially those of us with a chronic condition. Meanwhile, reach out to your WanaFam because you don’t have to deal with SIBO alone. Odds are, many in our community are coping with the same thing and stand ready to offer advice or lend an empathetic ear. And just know: If you think talking about your symptoms = TMI, that’s not something you have to worry about on Wana. We’ve all dealt with symptoms that aren’t exactly dinner conversation topics, and that’s why we’re all here. No shame, ever. Oh, and finally: We know it’s hard, but try not to stress too much. It’s advice you hear lots, but it’s especially important when you’re seeking to minimize gut problems. Less stress = happier gut! 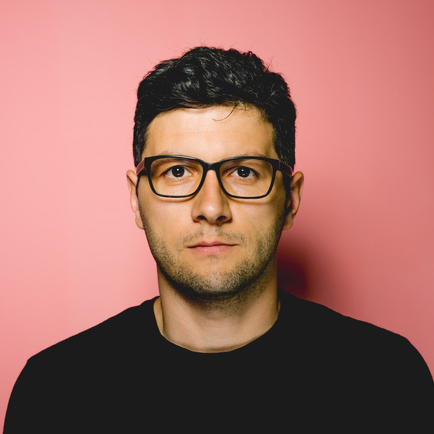 Still struggling with recurring SIBO... have tried taking the natural route (biocidin/ parapro/ binders and KBS) but just when I think it’s under control it keeps coming back... curious about others experiences with Xifaxan? Don’t want to go that route if I don’t have to... 😬 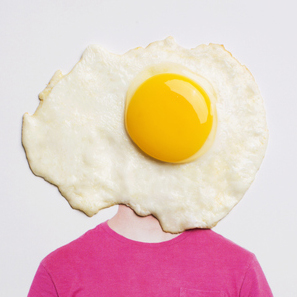 what is everyone’s best tip for SIBO? i feel like i’ve done it all but still struggling with horrible bloating! 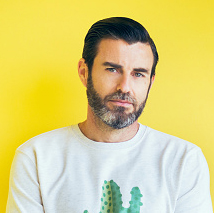 For anyone with stomach pain what has helped you and what diet works? I think I have SIBO or IBS 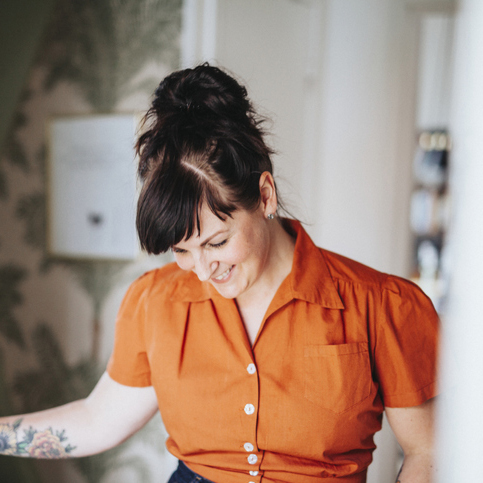 SIBO friends: what worked for you? For some reason antacids are the only thing that have helped so far and still unsure what it even is / if it’s even SIBO. 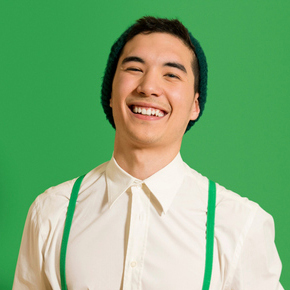 Favorite digestive enzyme for SIBO? Thought I was healed for months now, but this full moon seems to have stirred things up again ☹️🌕🤷🏼‍♀️ 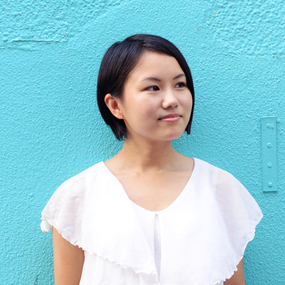 Has anyone had success with the brand Heather’s Tummy Care for IBS, SIBO, digestive issues?

Dr. Michael Ruscio: Do You Really Have SIBO?

Just In Health: The SIBO Solution - Getting To The Root Cause of Small Intestinal Bacterial Overgrowth

Gut Feelings: SIBO and Candida - The #1 Remedy that Helps You Heal BOTH

Dr. Josh Axe: SIBO Symptoms - How to Get Rid of Bacterial Overgrowth

Diet vs Disease - Joe Leech: What Is SIBO and Does Diet Matter?

BeFiT: How to Detect Signs of SIBO Disorder - Health Hack with Thomas DeLauer

LIVEKINDLY: The Truth - SIBO And A Vegan Diet

The Healthy Gut: How I Beat SIBO: My Journey to Health - Rebecca Coomes

Discover the real cause of your suffering. The SIBO Solution is the complete guide to solving this bacterial overgrowth for good. Are you tired of: · Constantly battling diarrhea and constipation? · Enduring painful cramps, heartburn, and abdominal pain? · Bloating so bad that it looks like you are 5 months pregnant? · Feeling tired, sluggish, and anxious all of the time? · Getting the run around from doctors who don’t take your symptoms seriously? Millions of people suffer from these symptoms every day. Many of them (including yourself) may have already tried countless diets, prescriptions, and therapies, but none of them gave any lasting relief. This is because traditional treatment methods don’t get to the root of the problem. In The SIBO Solution, you will learn proven-effective methods which will not only get rid of your symptoms, but also cure you of your digestive ailments for good. Find out: · The real cause of all of your health problems · An easy, effective method of testing yourself for SIBO · What foods are wreaking havoc on your body · Why the low FODMAP diet doesn’t work, and what does · Simple steps for healing the gut · Methods for improving motility · How to banish bacterial overgrowth and make sure it never comes back · And much more! Included are over 40 SIBO recipes which heal your body and safeguard your immunity from another flare up, so you never have to be confused about what to eat again. An effective Allimed/ Allimax protocol is included. The SIBO Solution is the only book of its kind to offer a comprehensive method for curing bacterial overgrowth by using natural methods and the first to combine the low FODMAP diet, SCD diet, and paleo/primal diet for maximum results.

The key to SIBO symptom relief is a commitment to a SIBO-friendly diet. Specifically designed to jump-start good health, The SIBO Diet Plan equips you with an actionable meal plan and follow-up recipes to change your diet and manage symptoms. Over the course of 4-weeks, this modified low-fodmap diet progressively builds your tolerance from easily digestible foods to a more diverse range of ingredients. With week-by-week guidance that includes a meal schedule, shopping lists, and tips for meal prep, you will reset your system and begin to heal your gut.

Medical Medium Liver Rescue offers the answers you should have had all along. With his signature compassion, Anthony William, the Medical Medium, shares unparalleled insights into undiscovered functions of our life-saving livers, explains what's behind dozens of health issues that hold us back, and offers detailed guidance on how to move forward so we can live our best lives. Find out for yourself what liver rescue is all about: being clearer-headed, more peaceful, happier, and better able to adapt to our fast-changing times. Learn how to sleep well, balance blood sugar, lower blood pressure, lose weight, and look and feel younger. A healthy liver is the ultimate de-stressor, anti-aging ally, and safeguard against a threatening world--if we give it the right support.

Today's guest is Dr. Ken Brown. He is a practicing Gastroenterologist, clinical researcher, SIBO expert, and creator of SIBO treatment Atrantil. Listen in as we talk all about SIBO, how to treat it, gut issues, and more!

Keto for Women Show: How To Eat Keto Without Calculating Macros, Keto for SIBO

It's another Keto Q&A episode with more of your questions being answered! This week, there are a few topics that get me fired up, including tracking macros, 30-day keto cleanses, and working out.

My recommended first line of treatment for IBS and SIBO is a change in diet, potentially followed by probiotics, and then other steps I discuss in my gut health protocol in my book Healthy Gut, Healthy You. But what if you’ve followed these steps and are still facing health challenges? A new option to consider is immunoglobulins, which can help to restore the mucous membrane in your gut and support your immune system. In the latest research, about 70% of non-responsive patients were helped by taking a supplemental form of immunoglobulins! You’ll have the greatest likelihood of success if you use a research-backed formula, like Intestinal Support Formula. In this podcast, learn more about the research, other patients’ experiences, and if it’s right for you.

TOPICS: About the microbiome Antacids and natural relief for stomach acid Best time to take a probiotic Best type and form of probiotic Constipation, bloating, and pressure SIBO questions and testing

Revolution Health Radio: A New Understanding of SIBO and IBS with Mark Pimental

Dr. Mark Pimentel is an expert on conditions related to the microbiome, including small intestinal bacterial overgrowth (SIBO). In this edition of Revolution Health Radio, I welcome Dr. Pimentel back to the show to talk about SIBO and its links to IBS, food poisoning, and autoimmunity.

From the author of The Wellness Project, comes a podcast for those recently diagnosed or chronically fighting Small Intestine Bacterial Overgrowth. Hungry for solutions and wondering WTF to do next? Each week, Phoebe Lapine sits down with a different #SIBOAmigo—medical experts at the forefront of SIBO research and treatment—to discuss the various steps to rebalance your gut for good.

In this podcast, I’ll discuss the questions I think still need to be answered about SIBO diagnosis and treatment—and maybe challenge a few “truths” in the process.

In this episode, we discuss: Jill's battle with breast cancer and Crohn's disease The Specific Carbohydrate Diet Combining conventional and alternative therapies The importance of a solid support system during challenging times Keys to a happy relationship You can (and will) change your gut microbiome with the food you eat Fear, anxiety, and what you think of yourself effect your body and your immune system The gut-mind connection Jill's experience with mold exposure Mold toxicity effects different people... differently Indoor molds are so much more toxic these days What to do after being exposed to mold Signs and symptoms of mold toxicity Testing your body and home for mold toxicity SIBO (small intestinal bacterial overgrowth) 101

Sarah Kay Hoffman is the founder of A Gutsy Girl, a website I’ve been following for a long time. She’s created an amazing online community geared towards women who are looking for a reasonable approach for healing things like IBS, IBD, SIBO, hormonal problems, acne, and more.

If you are interested in the low-carb, moderate protein, high-fat, ketogenic diet, then this is the podcast for you. We zero in exclusively on all the questions people have about how being in a state of nutritional ketosis and the effects it has on your health. There are a lot of myths about keto floating around out there and our two amazing cohosts are shooting them down one at a time. Keto Talk is cohosted by 10-year veteran health podcaster and international bestselling author Jimmy Moore from “Livin’ La Vida Low-Carb” and Pittsburgh, PA functional medicine practitioner Dr. Will Cole from DrWillCole.com who thoroughly share from their wealth of experience on the ketogenic lifestyle.

Dr. Ruscio is a superstar expert on gut health in the functional medicine world. He intensely researches, studies, and can provide guidance on #allthethings about gut health, digestive issues, SIBO, IBS, probiotics, food choices, eliminating food fears, and so much more.