Milk thistle is a purple flowering plant known for more than it’s good looks. It's traditionally been used as an herbal remedy to support the liver and treat liver diseases, but it may have other benefits, too. (You might also see it called silymarin, which is the chemical component of milk thistle seeds.) Your liver is like your body's housekeeping service, tirelessly cleansing it of toxins, especially when you overdo it with medications and other substances, including alcohol and drugs. No wonder it needs its own dedicated supplement! Those who seek to treat their liver well take milk thistle in the form of capsules, powders, or extracts, although whether it really helps heal this hard-working organ is still a matter of scientific debate. 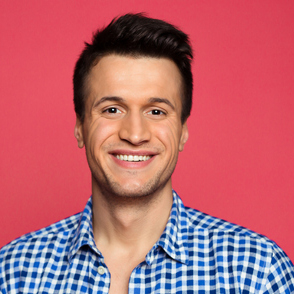 If anyone is tired of being hungover after a night of some drinks, I highly recommend taking milk thistle before bed. It’s been a game changer! Add in some hot yoga and binders the next morning and there is no such thing as a hangover.

"Milk Thistle for Healing the Liver"

Milk Thistle: The Ultimate Guide to What It Is, Where to Find It, Core Benefits, and Why You Need It

In Milk Thistle: The Ultimate Guide to What It Is, Where to Find It, Core Benefits, and Why You Need It, you'll learn the various health benefits and powers of Milk Thistle. If you are looking for ways to potentially lower your cholesterol, treat your liver problems or help control diabetes, milk thistle could be the solution for you. Milk thistle has been turned to for years as an herbal remedy for treating many different types of ailments related to the liver, gall bladder, and kidney. Here is a preview of what is inside this book: What is Milk Thistle? How is Milk Thistle Absorbed How Much Milk Thistle Do We Need? Benefits of Milk Thistle Prospective Uses of Milk Thistle Milk Thistle’s Research Studies Milk Thistle’s Side Effects Where to Find Milk Thistle? Conclusion An excerpt from the book: Legend has it that, as the Virgin Mary left Egypt with the newborn Baby Jesus, she found shelter in a thick field of flowering milk thistles. For this reason, milk thistle goes by a list of righteous names: St. Mary´s thistle, holy thistle, Our Lady´s thistle, blessed thistle, and Mary´s thistle. But the versatility of this widespread plant goes far beyond those evocative and intriguing names. Milk thistle is also a popular herbal remedy. Many, both within and outside the scientific community, claim that milk thistle is an effective treatment for a very diverse range of symptoms, conditions, and ailments. While many focus on the healing power of milk thistle when administered to combat diseases and conditions of the liver, including cirrhosis, inflammation, and various forms of hepatitis, there are a number of other applications for the herb. Issues as diverse as kidney problems, eczema, gall bladder complications, diabetes, cancer, and even poisoning that results from eating toxic mushrooms have all been treated by using milk thistle. Milk thistle is the name of the herbal remedy and also the plant. The active biochemical is called silymarin and is extracted from the ripe milk thistle seeds. The two terms, "milk thistle" and "silymarin" are often used interchangeably in literature and will be used that way in this book. Silymarin itself is a combination of chemicals found in milk thistle, including silybin A &B and silydianin, among others. Milk thistle (Silybum marianum) is an aromatic plant that is broadly used in Europe for the management of liver and biliary disorders. The plant is native to Europe, but can also be found in the western and southwestern United States. It is thought that the plant might have originated along England’s coast, although determining its precise origin is difficult because it has become so widespread. In many countries, including Australia and New Zealand, it is treated as an invasive species by some. It’s also found in the Middle East, as well as in North America and South America, and of course, throughout its native Europe. While wild milk thistle may be considered a nuisance in its non-native countries, it is also cultivated for profit around the world, thanks to the high demand for milk thistle supplements. Tags: sources of Milk Thistle, Milk Thistle vegetables, foods high in Milk Thistle, milk thistle uses, Milk Thistle foods, Milk Thistle deficiency, Milk Thistle benefits, what is Milk Thistle, foods with Milk Thistle, Milk Thistle, Milk Thistle injection, what does Milk Thistle do, what is Milk Thistle good for, Milk Thistle sources, milk thistle side effects, milk thistle for dogs

Milk Thistle, or more specifically its active constituent silymarin (or silibinin if you want to be completely accurate) has been used for many years in herbal medicine to treat a wide range of conditions. However, often promising herbs fail to stand up to scientific studies. In general, milk thistle is not one of these. While it treats or shows promise for a whole range of conditions from type 2 diabetes to depression, it is its effects on the liver which are the most dramatic. As Lee outlines in this quick, easy to read guide, if you have a damaged or impaired liver due to poor diet, drug & alcohol abuse or hepatitis, milk thistle should be one of your first lines of defense in the battle to repair the damage. Put simply, milk thistle is the single most potent supplement for liver cleansing and detox. Continuing the theme of distilling page after page of research into a quick reference guide he started in his guide to curcumin, James Lee has narrowed every important detail on milk thistle to - a) What is it? b) What does it treat? c) Are there side effects or toxic effects on the body? d) Does it interact with my existing medication? ˃˃˃ Along with certain other supplements such as N-acetylcysteine, Curcumin and Alpha Lipoic Acid, Milk Thistle is one of the few supplements which this author never goes without, to ensure he has a liver in perfect shape. All three of these supplements together provides you with an anti-aging, anti-depressive, liver detoxifying anti-inflammatory powerhouse.

Warren Moore talks to Pharmacist and Medical Herbalist Gerald Quigley about milk thistle plus answers questions from listeners who want some herbal advise.

Today we will discuss the amazing properties of Milk Thistle!

Yaakov Levine, a Nutritional Therapy Practitioner and Nutritional Health Coach explained on our last show how milk thistle works and what herbs you can combine it with to make it more effective. This week Sue and Candace explore more uses for milk thistle and creative ways to bring it into your life. Although it can be used as a single herb remedy, it works well with a host of other herbs too. There are so many reasons to love this herb!

Have you ever heard of the plant called a milk thistle? What about more common plants, such as the artichoke or the asparagus? I am sure you've heard of those. Well, do you know about their countless health benefits? Tune in if you don't to Eve Plews', L.N.C, latest show and get blow away by the milk thistle family!