Trace minerals are pretty much exactly what they sound like—minerals your body needs in small amounts. But don’t underestimate what they can accomplish—your cells and immune system can't function without them! Trace minerals include copper, iodine, iron, manganese, selenium, and zinc. Most people get enough of them from food, but as always, chronic illness (no surprise) can make life a little more complicated, and you may need to supplement your intake. Because trace minerals are involved in so much, the benefits of correcting a deficiency can feel life-changing. You might feel stronger, less prone to infections, get fewer muscle cramps, or have a greater sense of well-being. Sounds pretty good, right? 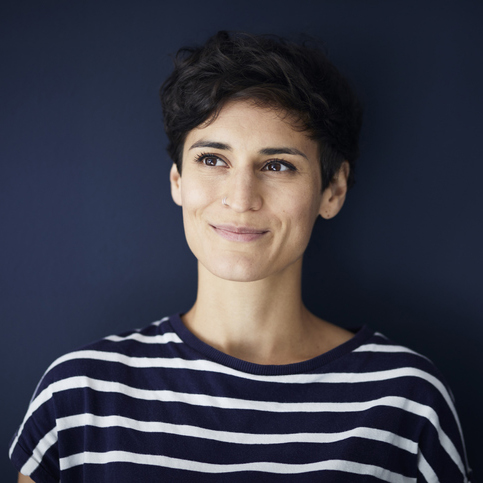 I just did my first coffee enema according to the Jay Davidson protocol. Aside from feeling so great, it was a spiritual experience. I used a specia kind of coffee with black strap molasses and biomolecular oxygen drops. I plan to add trace minerals next time. It was profound and I plan to contact the founder and get you guys a discount code as it’s a GAME changer. Cant wait to do these a few times a week!🙌🏻👊🏻🙏🏻💚🥳😍✨✨✨✨✨✨✨

Trace Minerals, the Missing Nutrient in Our Soils, Plants and Bodies!

The Best 2 Trace Minerals For Depression

Trace Minerals - What Are They? And Why Are They Important?

Colloidal Minerals and Trace Elements: How to Restore the Body's Natural Vitality

How to effectively use colloidal mineral and trace element supplements to compensate for the deficiencies in our diet that cause ill health • Includes a complete list of all trace elements and their ideal combinations for addressing health imbalances • Examines why our food is no longer nutritious enough to supply the body's mineral and trace element needs and how to address this problem Much of the ill health and lack of vitality people complain of today can be traced to a deficiency of minerals and trace elements in our diets. The food we eat is no longer keeping us healthy. Modern farming methods have depleted the natural mineral reserves of the soil, and as a result the foods we eat are increasingly deficient in the nutrients needed for proper functioning of the body. Minerals are essential catalysts that allow vitamins, enzymes, and other nutrients to perform their necessary roles in the body and promote proper mental function. Simply taking standard mineral supplements will not correct any imbalances we may experience because our bodies are designed to best absorb and use minerals that are in a colloidal form: the soluble suspended state in which plants absorb minerals from the soil. Colloidal mineral supplements, however, can increase vitality and strengthen the immune system because 98 percent of the supplement is incorporated into the body as opposed to the 3-5 percent absorption of standard mineral supplements. Colloidal Minerals and Trace Elements details 55 trace elements and their beneficial effects and explains the ideal combinations of colloid supplements to use based on your health concerns.

Hair, skin and nails are all composed of collagen, but trace minerals are essential for the conversion of amino acids to collagen.

Dr. Berg discusses why Iodine is an important trace mineral which supports the brain. In this video, Dr. Berg also explains what other parts of your body is in need of trace minerals and how it helps increase your health and assist in losing weight.

In this episode, you will learn about some of the common misconceptions about minerals including magnesium, calcium, copper, and iron. About My Guest: My guest for this episode is Morley Robbins. Morley Robbins (aka. “Magnesium Man”) is the founder of the Magnesium Advocacy Group, and the creator of The Root Cause Protocol. Morley had been a hospital executive and consultant for 32 years when, several years ago, he developed a condition called “frozen shoulder.” His family doctor quickly recommended surgery as the only hope for Morley if he wanted to be able to lift his right hand above his waist ever again. Friends who owned a health food store intervened and encouraged Morley to try chiropractic care. His initial response: “Thanks guys, but I don’t do witchcraft.” Several months later, the pain was wearing on him, and his friends insisted. It only took a couple weeks of “light touch chiropractic care” (Network Spinal Analysis) before his shoulder had full range of motion once again. The experience was so life-changing for Morley, he questioned everything he knew — or thought he knew — about healing. He then left the world of hospital administration and became a Wellness Coach. Today, Morley views it as his life’s work to push back the tides of nutritional insanity in the day-to-day lives of inhabitants of Planet Earth!